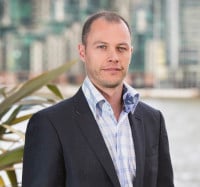 Boards look for a number of qualities when hiring a non-executive director, so it depends upon the board and what qualities they feel are missing from their existing group.  When you look at the make-up of any board, you are looking at a wealth of experience with a mixture of backgrounds and skill sets.  The ideal is to ensure all bases are covered and there is the right balance for the business.  There is no one size fits all answer but, there are some attributes that will be common, such as experience and maturity.

2) What skills are particularly valuable to have as board members of SMEs?

Leadership skills are important in any board position and within an SME you may arguably have a greater opportunity to shine and progress.  Self-awareness is one of the most valuable qualities I would look for.  Great leaders understand that they are ‘works in progress’, even if they already possess a number of qualities that provide a solid foundation for being successful. Great leaders know that their actions should motivate people to do more and become more.

It helps to have a specific business discipline as a strength allowing you to add value where your colleagues may not otherwise be able.  However, the most valuable thing for me is in demonstrating a range of leadership skills: listening skills; patience; and the ability to communicate effectively as well as bring people in, to create harmonious teams.  Boards can often be quite fragmented with too many egos around the table all vying to be recognised.  He who shouts the loudest is not always the most knowledgeable; and those who speak up when the time is right and provide thoughtful insight provide greater value.

3) What recommendations do you have for aspiring NEDs yet to take their first role?

Have belief in yourself but don’t be too eager to impress.  When I used to watch shows like The Apprentice, I cringed at the brash nature in which dialogue occurred in the boardroom; the dog eat dog, ‘ratings’ inspired, approach that projects an old-school view of how boardrooms operate.

I was 26 when I took on my first NED role, and I was still relatively inexperienced in the industry I had fallen into, having only served 3 years.  The role was on an industry association board and I was elected by the membership, having stood at the encouragement of my my boss who – he has since advised me – saw a rawness, determination and ambition that he felt could do with sharpening up by exposure to strategic conversations.  I was the youngest by ten years, which was daunting at first but, I ended up serving 5 years on the board, gaining incredible insight and experience that accelerated my career progression.

I was shy and lacking confidence to speak up, a trait I had suffered from throughout my school and university days, wrongly believing no one was interested in what I had to say.  Ironically, this probably helped me in my first year on the board as I spent more time watching and listening, understanding the dynamic and politics at play around the table.  The more familiar with the surroundings I become, and the more knowledge I acquired, the more I felt confident to speak up and provide my opinion.  I was always comfortable in one-on-one discussions but less so in a group.  Yet this changed the more familiar I become with the group.  I felt more able to express my opinion but did so sparingly in a more considered fashion.  It had the desired impact; it was rare that I was spoken over unlike other board members, and despite my own self-consciousness, I received positive feedback that because what I said was insightful and often from a different perspective, people would generally shut up and listen.  I once confided in another board member that it frequently felt like I was talking rubbish and embarrassing myself because there was often silence or a lack of feedback after I had spoken.  She simply responded, “it’s because you have an ability to summarise and connect a lot of dots, helping to bring a particular subject to a satisfactory conclusion”.  So, the final piece of advice links to the first, believe in yourself and don’t assume that your contributions don’t matter.

Does any of the above sound familiar?  Hopefully Alan has put your mind at ease!

The non-executive director recruitment process and the role of headhunters
April 8, 2022