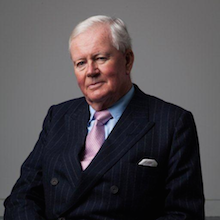 Sir Win Bischoff is Chairman of the Financial Reporting Council in the United Kingdom and Chairman of JP Morgan Securities plc.  He is a Director of S&P Global Inc, and is a member of the International Advisory Board of Akbank TAS, Turkey. He is the former chairman of Lloyds Banking Group. He previously served as chairman and interim CEO of Citigroup in 2007.

Having interviewed Sir Win, following a NEDonBoard panel evening, there are some clear skills and considerations which best enable a Board to work effectively in harmony.

What is the FRC’s stance on boardroom culture as well as diversity ?

Two very good questions. Let’s take culture first. We produced our culture report which was with a whole group of other people, other organisations, in 2016 and we highlighted the culture and the association of culture with good performance and long-term thinking….

Diversity, of course, has got some of the cultural aspects because we believe that a board solely consisting of people who come from the same background, same experience, same gender, [etc.] are not likely to be as successful, nor have the right kind of culture, so the two of them are linked.

In practice, what does this mean ?

Well, we all talk about culture as being something intangible. It isn’t really intangible if you look at the outcome of a poor culture or conduct, and there are very many aspects which you can actually control and look at. Exit interviews, customer satisfaction data, whistle blowing, all kinds of things which already are there. Turnover of staff, the ability for the organisation to engage more widely with the community, all these things are measured already but bringing them together gives you, actually, a pretty good idea of what the culture is like.

What we do know from experience is that culture, or new culture, is relatively easily embraced lower down the organisation, well lower down the organisation – new graduates, for example, because they’re told about the new culture. It’s also relatively easily embraced by the executive committee, [and] perhaps the first reports [who] are the direct reports of the executive committee. But there’s a whole middle level which is very, very important, which is the substance of the company, and when you change the culture you’ve got to take them along with you and that’s much more difficult.

By the same token, you don’t want to change the culture all that much. Culture, to my mind, is something long-term, very different from a budget which is one year financial, or three-year plan, or even a five-year strategy. Culture transcends all of that.

Diversity, of course, we’ve all focused very much on diversity being gender diversity. In the United States we’ve also focused on, to some extent, on ethnic diversity, African Americans on boards. We all, those of us that sit on boards, [feel] that’s something that we really look to be able to achieve. I think it’s broadened out now with the way that companies have become global. Many companies, for example, operating in the Far East would like to have somebody who has got a good understanding of the Far East – China, for example, or India. You want people from different backgrounds, you want people from different experience. What governments have focused on is much more gender diversity and I think that’s a very good first step, but it has to go beyond that, ultimately.

If you want to raise your NED career to the next level, please visit: www.NEDonBoard.com