Stakeholder perspective in board decision-making | NED on Board

The Stakeholder Voice in Board Decision Making – by Mark Cardale

October 6, 2017Leave a commentESG, For the Board, GovernanceBy Emma Ford 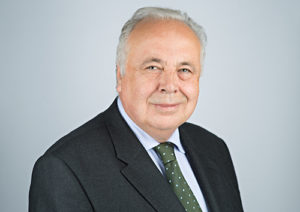 The Stakeholder Voice in Board Decision Making

Joint guidance on stakeholder engagement, first promised by ICSA and the Investment Association in the wake of the Government’s 2016 Green Paper on corporate governance reform, was published in September 2017. Its publication follows the recent Government response to its consultation on the Green Paper, in which ICSA and the Investment Association were asked to complete the guidance on “practical ways in which companies can engage with their employees and other stakeholders at board level”.

The guidance forms part of a package of measures which the Government is considering or planning, with a view to strengthening the employee, customer and wider stakeholder voice in company affairs and the work of company boards. The measures also include:

References in the above to s.172 make clear that the focus of Government concerns in relation to employee and other stakeholder issues is on how this section operates in practice – a concern also expressed in the FRC’s  “Corporate Culture and the Role of Boards” published last year. The requirement for boards to “have regard to” stakeholder issues was introduced with some fanfare when the mammoth Companies Act 2006 was first enacted, but its operation has been uncertain – partly because stakeholders other than shareholders have no direct rights of enforcement, and even shareholders have rights only through the difficult and costly “derivative action” procedure. Consequently it is normally only directors who are entitled directly to enforce the section (against themselves), and this form of self-policing is at best uncertain. Further the wording of the section adds to the uncertainty: to what extent does “having regard to” stakeholder interests require positive action to be taken to protect stakeholder interests?

In searching for solutions to these issues, against a background in which society as a whole seems to expect more socially responsible attitudes on the part of business leaders, the Government has apparently eschewed the idea of imposing direct controls on business which might protect the interests of stakeholders – and the difficulties of framing such controls, and then of imposing and enforcing them, make it easy to see why. These are the kind of problems which make clear how blunt an instrument the law may be in encouraging good boardroom behaviour.

The ICSA/investment Association joint guidance is based around ten “Core Principles” of boardroom practice, which it is suggested boards should follow in allowing the “stakeholder voice” to be heard in board decision making. These are discussed under seven topic headings designed “to take boards through the different elements involved in understanding and assessing the impact on key stakeholders” when taking strategic decisions.  The seven headings comprise directors’ (legal) duties, stakeholder identification, composition of the board, induction and training for directors, how the board can ensure it takes account of the stakeholder impact in its discussions, the mechanics of engagement, and reporting and feedback.

The discussion in the guidance document provides examples of how leading companies have already applied the principles promoted by ICSA and the Investment Association. These make for interesting reading, and show the variety of approaches to stakeholder engagement which different companies may take. They also  inevitably raise the question of the extent to which some boards, particularly perhaps those of smaller companies, may see it as being in their interests to devote further time and  resources to stakeholder issues. Are there benefits to stakeholder engagement extending beyond the reputational?

The guidance is intended to be updated next June, by which time the legislation proposed by the Government, and the new UK Corporate Governance Code changes, should have been implemented.  The guidance will then be reviewed again in the second half of 2019 against company experience in applying the guidance. Something to keep an eye on, and no doubt a subject area to which we shall return.

Mark Cardale has worked for most of his career as a corporate finance lawyer, and is also a qualified Chartered Secretary. He was head of Slaughter and May’s small New York office at the time of Enron’s collapse and other accounting scandals in the US, and first became interested in governance during this period. He subsequently worked on an insurance project concerning Enron’s bankers, and became a partner in the firm of Kerman & Co LLP, working mostly on AIM company transactions and governance issues. He now writes and lectures on a range of governance and corporate legal topics. He is the current editor of Sweet & Maxwell’s Practical Guide to Corporate Governance, and a charity trustee.

How sustainable are your company’s green credentials?
September 28, 2022

The board journey to frame, implement and monitor purpose
September 23, 2022