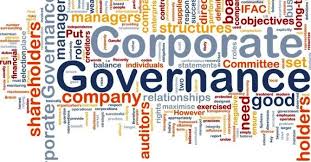 Introduction to the Code

The introduction to the new Code has been rewritten to reflect some of the broader social concerns behind governance reform, and to emphasise the need for effective governance to be implemented on a group-wide basis.

The Government had originally noted three possible structures for a company to engage with its “workforce”: the appointment of a director directly from the workforce, a workforce advisory panel separate from the board, and the designation of a non-executive director with responsibility for workforce issues. Each of these may have far-reaching legal consequences as to the operation of a board and the duties of directors; and it had seemed that the Government was looking to the FRC to make some recommendations concerning the incorporation of any of these structures into the Code itself. Instead the draft Code has been amended to make clear that the Code makes no prescription as to the ways in which companies may choose to promote engagement with their workforce. It is for boards to determine which if any of these methods works best for them, to explain what arrangements they have in place and why they are considered effective.

Independence of chairs and directors (Principle F and Provisions 9, 10 and 19)

The proposal in the draft Code was that chairs should be “independent” in Code terms throughout their tenure. Instead, as in previous versions of the Code, chairs are expected to be “independent” only on appointment.

Chairs should however demonstrate “objective judgement” throughout their tenure, and (in a further amendment to the draft Code) should not normally remain in office for more than 9 years.

The draft Code had also proposed to remove the directors’ discretion to determine whether individual non-executives were “independent”, whatever their status on a strict application of the Code’s independence rules. This approach was not favoured by respondents in the consultation, and the directors’ discretion has been restored; more clarity is however expected in explanations given of the reasons why individual directors are considered “independent”.

Composition of board and board committees (Provisions 11, 24 and 32)

There has been some rethinking of proposals in the draft Code about the removal of exemptions for small companies in the Provisions concerning balance of the board and board committees as regards the independence of directors.

The new Code will now expect, as previously, at least half the board (excluding the chairman) to be “independent”, but without a small company exemption – to encourage sufficient independent challenge.

New wording has been added, emphasising concerns around non-executive directors accepting too many new commitments; and some more related reporting requirements have also been introduced.

Again, exemptions for companies outside the FTSE 350 have been reinstated, so that while external board evaluation will be expected every three years for FTSE 350 companies, others will be required simply to consider the possibility of such an evaluation.  Additional reporting obligations concerning evaluations are also now imposed.

The draft Code laid new emphasis on the importance of diversity in the work of the nomination committee. The wording of related reporting obligations has been amended to make this more consistent with the FCA’s Disclosure and Transparency Rules.

The draft Code proposed relatively few changes to this Section of the Code, in light of the amendments already made in the 2014 and 2016 versions of the Code. The draft has however been amended to underline the importance for boards to satisfy themselves on the “integrity” of financial and narrative reports (Principle M). New wording is also included in Provision 28 regarding the assessment of principal “and emerging” risks.

Ahead of the introduction of Corporate Governance Reforms in January 2019, NEDonBoard will be hosting a panel discussion dedicated to the NED community for NEDs and Board members of listed companies and those regulated by the FRC. We are honoured to receive Sir Win Bischoff, Chairman of the FRC, in London, October 17th.

If you missed Part 1, you can read it here.

About the author of this article

Mark Cardale is Director of Sanctuary Governance (Development and Training) Ltd.  He writes and lectures extensively on corporate governance and related topics, and is the current editor of A Practical Guide to Corporate Governance, published by Sweet & Maxwell in 2014.

Mark is an experienced session leader during NEDonBoard’s 1 day course, How do you Become an Effective NED on Board? The Non-Executive Role.

NEDonBoard is the professional body for non-executive directors and board members, listed on GOV.uk