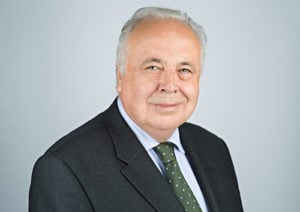 The FRC’s Annual Open Meeting was held last month in the City of London, providing an opportunity for all those on the FRC’s mailing list (effectively those who want to be there) to hear the views of senior figures in the FRC on the outcome of the last year and the FRC’s positioning for the future, and to raise questions on these things. It also provides an opportunity for the FRC to address its own mind to such matters, bringing together its thoughts on the two principal  strands of its work as the independent regulator of the audit and actuarial professions and as the publisher of the UK Corporate Governance Code, the UK Stewardship Code and related guidance on governance and reporting issues.

Prior to last year’s Brexit referendum, the FRC had published its paper on Board Culture and separately announced its intention to defer making further changes to the UK Corporate Governance Code until 2019, by which time it was thought that the considerable changes (mostly additions) which had been made to the Code since its first edition following the financial crisis (published in 2010) would have “bedded in”, and there would have been time to reflect on the need for further changes. While the FRC’s paper on Board Culture had referred to shortcomings in the operation of s.172 Companies Act 2006 (as referred to in my piece here last week), the FRC seemed to be looking for improvements in governance through emphasis on the adoption and advancement of “good” culture within companies, rather than through changes to the Code or by regulation and new law.

All of this changed with the result of the Brexit referendum and the arrival of Mrs May in Downing Street with an announcement that she intended to take a new look at corporate governance in the UK. The announcement was followed by the publication of a Green paper on corporate governance reform in November last year, a lengthy (and separate) report on governance issues by the House of Commons BEIS committee in April this year and a Government response to its consultation on the Green paper last month (again touched on in my piece here last week). The Government response has sent in motion a series of developments, which is expected to see new legislation, a new UK Corporate Governance Code and extensive new guidance from a number of sources (including a new governance code for large private companies, to be prepared by the FRC in conjunction with other institutions) in place by the end of next summer.

The Annual Open Meeting both reflected  concerns about the impact of the Brexit referendum, particularly in relation to aspects of the UK’s status in the rest of the world, and discussed the work of the FRC in the implementation of relevant parts of the proposed Government reforms. In particular this last will involve the publication of a new UK Corporate Governance Code next month in draft form, to be the subject of a public consultation which will lead to the finalisation of the new Code next summer.

Sir Win Bischoff, chairman of the FRC, opened the meeting by speaking of the urgency which developments since the Brexit vote have given to the FRC’s work in support for UK business and in ensuring the effectiveness of governance and stewardship practices in delivering benefits “for all”.  Attention needed to be paid also to the maintenance of high standards for accounting and actuarial professions, enabling those trained in the UK to practice throughout the world, and companies and investors to make suitable financial decisions by reference to truly international standards.

These remarks were echoed by Stephen Hadrill, the FRC chief executive, who looked to “the UK corporate governance framework, corporate reporting system and audit…..[to] continue to instil confidence in UK capital markets following the UK exit from the EU”. Acknowledging that there had been poor behaviour in the past, he said that the FRC is “working to ensure that investors continue to see the UK as a long-term home for their capital, and …..[is] determined the standards we promote uphold and support this end”.

The meeting heard more of what this may mean in terms of revision of the UK Corporate Governance Code from Paul George, the FRC Executive Director for Corporate Governance and Reporting. The “comply or explain” approach to adoption of its Provisions, whose efficacy was regarded for so long with suspicion within certain parts of the EU, will certainly be retained; but the Code as a whole is likely be “shortened and sharpened”, with increased emphasis on the Principles (with which compliance is mandatory for premium listed companies), the elimination of Supporting Principles, and a considerable reduction in the number of Provisions.

Mr George made some further particular points as follows:

As stated above, a new draft version of the Code will be published next month for public consultation. NED on Board members should feel free to contribute to the consultation: further opportunities for this kind of discussion may not recur for some time!

At around the same time, we may expect to hear further news from the FRC about its new Guidance on the Strategic Report (consultation on which closes on     24 October 2017), the publication of new Guidance on Board Effectiveness (now delayed for what seems a very long time) and a new UK Stewardship Code. In this last context, the FRC has said it is looking at ways in which the Stewardship Code can be used to reinforce the much-discussed directors’ duties to stakeholders under s.172 Companies Act 2006.

For the Government response to its consultation on the Green paper proposals, see https://www.gov.uk/government/uploads/system/uploads/attachment_data/file/640631/corporate-governance-reform-government-response.pdf

Mark Cardale has worked for most of his career as a corporate finance lawyer, and is also a qualified Chartered Secretary. He was head of Slaughter and May’s small New York office at the time of Enron’s collapse and other accounting scandals in the US, and first became interested in governance during this period. He subsequently worked on an insurance project concerning Enron’s bankers, and became a partner in the firm of Kerman & Co LLP, working mostly on AIM company transactions and governance issues.

He now writes and lectures on a range of governance and corporate legal topics, and is a course leader on the NED on Board course “How to become an (effective) Non-Executive Director”.  He is the current editor of Sweet & Maxwell’s Practical Guide to Corporate Governance, and a charity trustee.