The 'good stuff' and the 'nonsense' on boards | NED on Board

The ‘good stuff’ and the ‘nonsense’ on boards 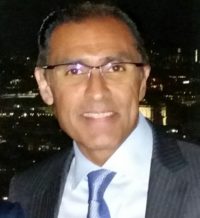 The ‘good stuff’ and the ‘nonsense’ on boards – an interview with Pyarali Jamal, NED of the Big Issue Invest

Given Pyarali’s non-executive and senior management experience (with his first taste of being on a board dating back to his role as President of a university students’ association; followed by a career in banking and the corporate world at EY where he worked with client boards; and holding board positions with charities, social enterprises, and traditional for-profit organisations including Chair of Leadership Vancouver, Founding Director of iHotels Alliance Ltd., Chair of The Social Enterprise Loan Fund and NED of impact investor Big Issue Invest which is a sister entity to The Big Issue magazine) NEDonBoard caught up with Pyarali Jamal to hear his thoughts around the key elements of an effective board.

As Pyarali notes, having been on boards for over 20 years, he has seen a lot of ‘good stuff’ as well some  interesting, and at times somewhat concerning,  ‘non-sense’.

Within every organisation, the non-executive directors are there to ensure that:

On a practical level, what do some of these key elements relate to?

Boards need to have calendared strategic planning sessions.  Time should be set aside every year dedicated to going through strategy with management, and a deep dive with management every 2-3 years. Management can oftentimes be so focused on the day-to-day running of the company that this encouragement and set aside time for strategy is a necessary process.  It’s the board’s responsibility to ensure that the strategy is properly reviewed every year – not just at a high level during the monthly or quarterly meetings.  As emphasised by Pyarali, closely associated with this is the importance of having a clear and common understanding of the organisation’s mission, objectives, and target outcomes (both financial and non-financial).  In addition to his formal board positions, Pyarali has worked with the boards and management of almost twenty organisations in various sectors (incl. overseas) to help them develop and / or improve their strategic plans.  As a result, Pyarali has seen a number of organisations which have operated for years despite the board and senior management having widely different views and understanding of the organisation’s mission, main stakeholders, and target outcomes.  Consequently, resources are not optimally used, tensions within and between the board and management rise, and importantly, the organisation does not best serve its customers / target market – hence, it doesn’t generate the best financial and non-financial results, thereby compromising its long term sustainability.  According to Pyarali, this is the most significant issue facing most organisations and, specifically, their boards.

The right people and review:

As detailed in the UK Corporate Governance Code, the CEO and Chair of a company should not be the same person. Whilst this may be an obvious statement to many (i.e. to ensure proper accountability), Pyarali notes that it would not be an unusual feature for private companies (i.e. those not governed by the UK Corporate Code).  He also noted that some major companies around the world still have joint Chair and CEO roles (e.g. IBM and, until recently, GE combined the roles), but those structures are less common due to a greater focus on good governance, often due to pressure from activist shareholders. To ensure an effective board, there should be an independent Chair to appropriately and objectively oversee the CEO’s performance, and to enable a board dynamic where other board members can contribute to open and honest discussions / raise their points about management’s decisions and performance – which would be much more difficult if the Chair was also the CEO.  It can be difficult to appreciate such board dynamics unless you’ve been on a board and experienced such situations – where personal character, values and ethics are integral to good governance.

And related to this, regular board reviews are important – including a review of the chair’s performance.  The lack of an effective management and board level performance review can be witnessed, not just in smaller companies, but in well-respected larger companies also.  According to Pyarali, board member performance reviews are as important, if not more so, than management performance reviews.  However, his experience reveals that a disproportionate number of boards don’t carry them out – which can raise questions about the board’s commitment to accountability and continuous improvement.

Another example given by Pyarali is that it can sometimes be the case that board members simply do not have the relevant skills for what their role entails.  For example, this may be due to a lack of formal screening and interview process, because those interviewing the newest prospective addition to the board are not experienced in what to look for in a board member, and / or because the board role is not clearly defined (according to Pyarali, this happens more often than one would expect).  In addition, if terms and term limits for board members are not specified, then the likelihood of complacency and less accountability increases – which when combined with a lack of effective board level review, can be quite damaging to the organisation and to its stakeholders.

Appropriate stakeholder focus and avoidance of conflicts of interest:

Boards can be ineffectual if they don’t have an appropriate number of board members to form a quorum – the risk being that it is set too low, in which case decisions are not truly representative of the board; or conversely where too many people are involved in the decision making on the board.  As an example, Pyarali has previously sat on a board with 20 individuals representing different stakeholders but who ultimately were unable to function as a board.  In being appointed Chair of the board, Pyarali reduced the board size to a more manageable number of 10, though he notes in his opinion anything above 7 board members often becomes too much and unnecessary – however, he does appreciate the need for certain organisations (e.g. multinationals, conglomerates, large publicly listed companies) to have larger boards to ensure diverse representation of skills often required to effectively govern such organisations.  In smaller organisations, Pyarali believes that at least half of the board should comprise of independent directors. Whilst that may not be necessary, or perhaps welcomed, in closely held private companies, Pyarali believes that having at least 2 independent directors on the boards of such organisations will improve governance and allow for a more robust and productive discussion on strategy and other vital matters, thereby enhancing the company’s prospects for success.

Related to this, Pyarali stressed that diversity, whatever form it may take on boards, should be needs and merit-based, to ensure that the organisation benefits from valuable and pragmatic insights and experiences.  He also noted that most of the boards he has sat on or advised did not have sufficient diversity, and that it is unfortunate that men (usually Caucasian) continue to dominate too many boards.

Finally, Pyarali stressed the importance of avoiding conflicts of interest on the board.  Perhaps surprisingly, Pyarali highlighted an instance where one of the boards on which he sat (he notes an organisation not mentioned in this article) included 2 board members whose employers owed money to that company (of which one was in arrears).  The board dynamics were certainly ‘tense’ and ‘uncomfortable’ at times, according to Pyarali. Whilst it’s common, and often necessary, to have major shareholders represented on boards, Pyarali believes that organisations should generally avoid having too many relatives of the owner, major customers, major suppliers, and others with close ties to the organisation on their boards – again, it may sound like common sense, but it does happen according to Pyarali.

Having worked within the finance industry during the time of the 2008 financial crisis has considerably raised Pyarali’s interest in, and commitment to, good governance, and as with many non-executive directors, he has a genuine interest to ‘give something back’ to the boards on which he sits.  He noted that most of the NEDs and Trustees he has worked with are well-intentioned, competent and good people.  At the same time, however, many (in his experience) are uncomfortable and reluctant to speak up when good governance isn’t exercised.  Pyarali believes that ultimately, we all chose the ethical principles we live and work by.

If you have found this interview interesting, we recommend also viewing the NEDonBoard YouTube Channel for further insights from experienced non-executive directors, chairs and board experts, or joining us at one of our upcoming dedicated Non-Executive Director events.