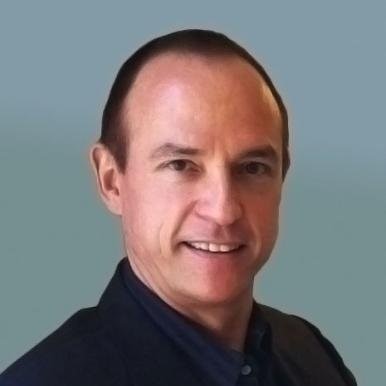 On 15 January 2018 Carillion plc was forced into liquidation. Prior to its demise, Carillion was a multinational construction services and facilities management company with headquarters in Wolverhampton, United Kingdom. Carillion, prior to its liquidation, had liabilities of about £7 billion, was the second largest construction company in the UK, was listed on the London Stock Exchange, and employed about 43,000 individuals. Carillion’s failure resulted in project delays and terminations, job losses for its employees and suppliers, and financial losses to its partners, investors, lenders, suppliers, and pensioners.

The final report of a Parliamentary inquiry described Carillion’s insolvency as “a story of recklessness, hubris and greed, its business model was a relentless dash for cash”. The report also accused Carillion’s board of directors of misrepresenting the true financial condition of the organization. The report recommended the enactment of regulatory reforms and the potential dissolution of the Big Four audit firms.

The collapse of Carillion is expected to be a catalyst for change and provides several important corporate governance lessons related to the acts and omissions of its board. First, in 2016, the Institute of Directors suggested that Carillion relaxed its malus and clawback conditions, precluding clawback in the event of corporate failure. These concepts were introduced and made a part of the remuneration code applicable to banks following the 2008 banking crisis. Since 2014 all listed companies have been required to apply clawback and malus on variable pay (i.e. both bonus and share plans). However, minimum standards for the application of those two concepts were not enacted. Companies instead have had the discretion to determine which events should and should not trigger clawback and malus provisions.

Unlike Carillion, a majority of companies require clawback in the event of corporate liquidation. Clearly, it would be better practice for remuneration or compensation committees to ensure that clawback applies in the event of a corporate collapse or significant economic downturn. These possibilities illustrate the importance and need for strategic planning when determining corporate performance and budget metrics. Foresight is required to establish adequate corporate safeguards in anticipation of such a downturn or collapse. Pay for performance, rather than pay for failure, should be the guiding principle.

Similarly, remuneration committees would also do well to consider adopting provisions for the buyback of shares. Share repurchases, in effect, inflate earnings per share. Best practices would dictate that such an ostensible increase in earnings per share should not be used as a metric to increase executive pay, since such a measure does not reflect any real improvement in corporate performance.

Secondly, revisions to the UK Corporate Governance Code are currently under consideration for the expansion of directors’ duties to stakeholders other than their shareholders. The Carillion situation demonstrates the need for such changes. The Carillion board arguably failed in the exercise of one of its main functions, namely, the protection of shareholders’ investments in that company. Carillion’s board also failed to exercise the requisite care necessary to discharge its duties to the company’s employees, pensioners, and suppliers. It is therefore imperative that companies consider not only the creation of shareholder value but also the context in which corporate profits are earned.

Finally, the Carillion debacle demonstrates the need for directors to take appropriate action apart from the maximization of corporate profits. To be sure, the implementation and execution of plans to foster change, improve performance, and enhance profitability are desideratum. However, in terms of corporate governance, perhaps the two most important lessons imparted by the Carillion collapse are that directors owe a fiduciary duty to the company and that directors can be held personally liable for breach of such duty by failing to act in the interests of the company. Good governance requires directors to extend their focus beyond mere profits, since, after all, the creation of shareholder value hardly arises when a company collapses.

Carillion’s lessons learned – Part 1: Why all non-executive directors and board members should complete a training programme

Written by NEDonBoard Ambassador W. Patrick McPhilamy, III. Patrick is an attorney and has been in practice for over 25 years as Principal Attorney of the Law Office of W. Patrick McPhilamy, III, located in the Greater Los Angeles, California (USA) area. He also has substantial experience serving on and working with the board of directors of several organizations, including both for-profit and non-profit entities. He earned a Master of Law degree from the University of Cambridge, a Juris Doctor degree from California Western School of Law, and a Bachelor of Science degree from Virginia Commonwealth University. He also received a Diploma, Institute on International and Comparative Law in London, UK, held at the University of London, from the University of San Diego School of Law, and he studied law for a summer at the University of Oxford.

Want to know more? Subscriber to our weekly newsletter.