The International Board Director – by Hajara Al Amodi | NED on Board

The International Board Director – by Hajara Al Amodi 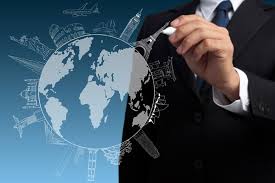 Board rooms have come a long way and are still evolving.  It used to be something a retired professional did on a volunteer basis to help a CEO friend.  Later the accountant, company secretary, and a few others joined and were paid a nominal amount for the service. The table started growing as more and more people started to join as a director.

However, it was still considered a retirement activity or something to be done on a part time basis. Law, media, and the shareholders did not pay too much attention to a company’s board room. The board was still away from the limelight. Things started to change with the rise of activist shareholders, take overs, mergers, acquisitions, and the collapse of large enterprises, that grew to sizes which could bring down the economy and force tax payers to come to the rescue and pushed countries to edges of a shutdown abyss. For example, the Lehman Brothers bankruptcy and the sale of their assets for pennies on a dollar in the USA, which also kick started the downward spiral and the 2008 recession and caused a domino effect around the globe. Other example would be the largest fraud and shareholder loss of its kind that occurred at the Punjab National Bank in India. The case of Enron and its accounting scandals in the US is also a lesson from history. Incidents like these raised questions about how such reckless decisions were made and who were responsible for letting it happen.

The boards of today are getting overhauled. Directors today, are held accountable for decisions made by a company. It is not a mere time pass activity anymore, but rather a contractual responsibility where lack of performance or bad decision making can be sued, and the director can be prosecuted – and rightly so, because with global expansion, businesses can reach a size that can influence the economy and functioning of a country. Businesses today are so connected to other parts of the world that they can cause a domino effect on economies around the globe, such as the highly leveraged ones did in 2008.

In today’s time, board directorship has evolved to become a profession on its own. Board rooms have advanced to become quite complicated. We now have executive directors, the independent ones, activist shareholders, who like to hog onto seats for voting power, and various directors with different specialties and backgrounds such as: tech, finance, security, law, etc. Just like that, businesses now need international directors. Any business with a presence in multiple countries, or someone doing business with foreign companies or any, that wants to expand to other parts of the world, must have international directors on their boards.

So, what really sets this breed of directors apart from the rest and why is it important from a business perspective?

To begin with, this director has global experience, as well as cultural and customer experience. This creates an understanding of foreign markets, regions, consumer preferences, politics, supply chain issues, and the risks and common pitfalls to be aware of when expanding into a new region. Which is something, not board director has experience with. When a business, wants to expand to a new location, import or export material or services, an understanding of the local markets, consumer tastes, preferences and laws is crucial. Of course, when any business decides to enter a new land, they do their due diligence. They have a research team to do the works, but to be successful at executing this strategy and enter a new market smoothly without making costly mistakes, we need directors with an understanding and experience of running a business in multiple countries so that, they can cross validate the decisions being taken by the management.

Let me give some examples.

McDonalds came to India with their super hit menu from the USA. But they failed miserably. It took them quite some time to attract customers. Though India is an English-speaking country, which was ruled by the British until sometime back with a large Indian population in other western countries, who like to eat like the locals there, it is not really England or America. McDonalds tried for many years at a loss, to sell their burgers and coffees to Indian consumers, who did not like the taste nor the large serving sizes. The company made a reversal on its loss, only when they changed their menus, to serve the local consumer, which is mostly vegetarian and likes spices and is very cost conscious.

India is a challenging and complicated market. A lot of international businesses struggle to do business here. I like to call India the ‘country with two economies’, one that we read about in the news and the other one which is real and reflects true market forces in function. A large market with huge potentials, but one that has caused many businesses to pack their bags and leave. It takes deep understanding and experience at the board level, to help a management succeed in a complicated market like this.

Dunkin Donuts is still struggling in India. Hugely, popular in the United States, I saw it mostly empty in India. Dunkins, popular for its donuts and coffee, made the same mistake of bringing this menu to India, and trying to sell to local consumers as breakfast items. But unlike the customer in USA or the Europe, Indian consumers do not like to eat sweets in the mornings, nor are they huge fans of coffee. These folks are mostly tea lovers and like to eat savory food items for breakfast and consider donuts to be more of the occasional sweet treat.

Starbucks is also a making similar mistake. I wonder – don’t they read on other businesses and their struggles? Don’t their boards question the strategies being implemented. I tried the Starbucks coffee while I was in India and I can tell, its not for the Indian consumer. The coffee is much stronger for the Indian taste. The consumer there really likes to cook their milk while making their coffee or tea and not just pour some over the top. Most of the customers I saw at Starbucks in Hyderabad, were millennials, who were just trying to taste something that is very popular in the west. But after the grand opening, most of the crowd disappears. Starbucks will have to change their coffee and menus to keep these customers coming back. If they succeed, India can be one of their biggest profit centers.

Some other examples would be 7- Eleven, which came with a bang in Indonesia and did well initially, expanding like crazy, but after laws changed and prevented 7- Eleven from selling liquor, their customer base started eroding and eventually 7-Eleven had to pack their bags and go home.

Home Depot – a popular name in USA and Canada, had big dreams for China, but they were broken because the company failed to grasp and understand the local culture and way of business. They could not promote their do- it- yourself business model in China, because people did not care to do it themselves when they could hire cheap labor! But it was only something Home Depot understood after opening 12 stores and a $160 million USD loss.

Where was the company board in all of this? Did they not ask the right questions? How could Home Depot have not known about the local requirements and sentiments? How did Starbucks and Dunkin Donuts fail in India? Why do these International companies have such a hard time making a footprint in a foreign land?

Most of these companies, which are big names locally, fail internationally, because they do not understand the local consumer preferences, cultural impacts, laws of land, and business environment. The right kind of board director, who understands these issues, will ask the right questions and provide the right kind of oversight, which can help a company do the right thing, stay profitable and expand their markets.

Sometimes, these issues can also come up, even when a company expands from one city to another locally. Comfort Homes Builders, a local Indian real estate builder, on whose board I sit, experienced a similar situation when they took up a project outside of their city. They misjudged the cultural environment of the local town and the deep political impacts, which opened a can of worms for them and hurt their revenue, stalling the project for a long time. Even though it’s the same country, these things still do happen because people, communities and local cultures are a sensitive matter that can make or break the game.

International directors bring diversity of thought and more broad experience to a board, and a board with this kind of diversity, can see market changes and disruption trends much quickly. Besides all the qualities stated above, the international director should also be fluent in local language and not just English. There is something about speaking in the regional language that creates more understanding with the group and it is usually the norm to speak in regional dialogue. They should also be able to travel and attend board meetings, which is especially important in order to gain an understanding of the board room culture, know the management, and to become a part of the team.  Encouraging this form of diversity is better practiced by some countries than others. When businesses begin to make it a priority, they stand to gain benefits not available to the others.