Advice for trustees with experienced board trustee Anna Feuchtwang 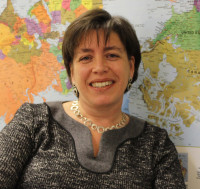 Advice for trustees with experienced board trustee Anna Feuchtwang

With perspective as both as an executive and advisor to charity boards, NEDonBoard interviewed Anna Feuchtwang to find out more about her advice to trustees.

Anna is the Chief Executive of the National Children’s Bureau. Previously, she acted as a strategic advisor to the board of Juconi – a specialist charity in Mexico working with highly excluded children and was a member of the BBC Charity Appeals Advisory Committee.

How can you best make an impact to a board as a non-executive director or trustee?

The best way to make an impact as a trustee is to be passionate about the work of the charity, to understand your role in overseeing strategy and scrutinising the executive, to prepare and keep yourself informed. Don’t confuse your role with that of the executive – you pay them to do a job so don’t try and do it for them.

Be prepared to challenge the status quo if you don’t think the executives are really seeing the full picture. Bring in your own external experience, there’s usually a good reason why you were asked to join. But be aware of your sell-by date.

As the chair, you can have the most impact by forging a strong relationship with the chief executive – giving them full backing and support in public and scrutinising or challenging in private. You need to hold your nerve and have confidence in the chief executive because as a very part-time volunteer you have to trust their judgement about what’s best for the organisation. It’s also important to remember that your main job as chair is to keep the board together, facing in the same direction and on the same page, so while it’s fine for individual trustees to challenge and scrutinise, the chair needs to make sure that decisions are not constantly revisited from one meeting to the next as individual trustees dip in and out, sometimes forgetting what has already been discussed and collectively agreed.

Finally, and most importantly of all, remember that the role of the board is not to guarantee organisational survival. No charity has “carry on regardless for ever” as part of its mission. Your job as a trustee is to make sure that the charity’s mission is met and that might be by handing over to someone else and winding down the organisation. Don’t be afraid of radical change.

What challenges have you faced in your trustee board roles?

The biggest challenge is understanding enough about the organisation to make useful contributions when the contact time with the charity is limited. Board meetings can often feel dry and boring, but scrutinising the finances and making sure the organisation has a plan which it sticks to is the most important part of a trustee role.

Most trustees join boards because they are motivated by the issues, and most trustees won’t have as much expertise on the issues as the executives employed by the charity, so you need to find ways to gain a deeper insight. It can feel precarious taking on accountability for an organisation that you might only visit four or five times a year. It’s important to be realistic about the amount of time you really need to give to the organisation so that they get the best out of you as well. And sometimes it is frustrating when papers arrive late, or aren’t clearly written, or proposals are tabled with no opportunity to consider in advance because you feel the little time you can give is not being best used.

Do you have any advice so other board trustees can be best prepared for similar situations?

Have a full and frank discussion with the chair and the executive to find out how much work is really involved and only commit if you know you can give the time. There will be occasions when you have to provide more support – I was once one of only two trustees eligible to hear an extremely sensitive grievance which involved a great deal of time and detailed analysis. If you don’t have a generous employer you may need to take time off work to fulfil this responsibility. Contributing to a charity is a valuable exercise not just for the charity but for you – you learn so much from having an oversight of another organisation – so see it as an opportunity and build it into your career development plan.