An evening at the NED Awards | NED on Board

An evening at the NED Awards 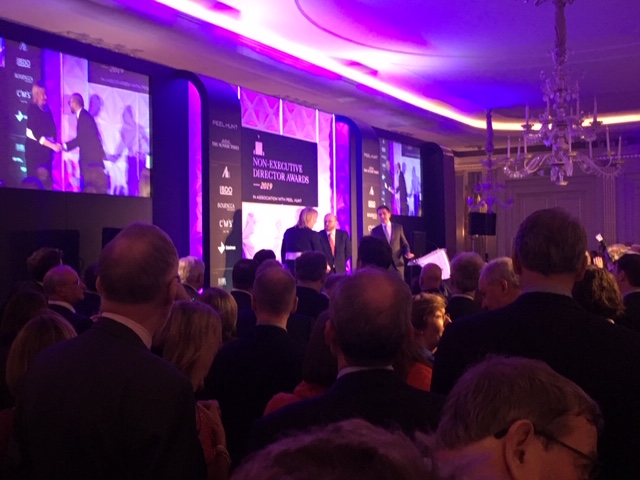 NEDonBoard had the pleasure of attending the 2019 NED Awards ceremony on 27th March. The event took place at the Claridge Hotel in Mayfair. It recognised the work and contribution of non-executive directors, chairs and senior independent directors across 7 categories: Not–for–Profit/Public Service Organisation, Private/Private Equity Backed, FTSE AIM, FTSE All Share, FTSE 100, Dame Helen Alexander ‘NED to Watch’ and Lifetime Achievement Award. In this blog post, we share some of the evening’s highlights.

Succession planning is an area of focus of the revised UK Corporate Governance Code. NEDonBoard promotes the appointment of NEDs and senior executives based on objective criteria to avoid group thinking and promote diversity of gender, background, experiences, backgrounds, cognitive and personal strengths. The NEDonBoard succession planning board best practice publication is available on request to NEDonBoard members.

On behalf of NEDonBoard, Elise Perraud,

Balancing an executive role with non-executive responsibilities on a group board committee
July 4, 2022