How to become an effective non-executive director | NED on Board

How to become an effective non-executive director 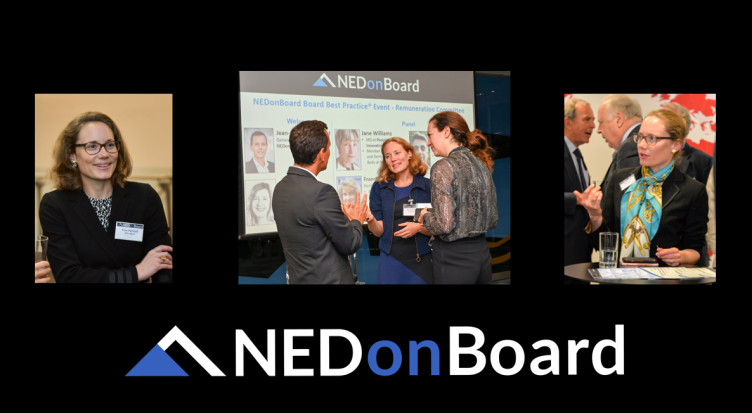 How to become an effective non-executive director

In this note, Elise Perraud, Chief Operations Officer of NEDonBoard, explains how to become an effective non-executive director (NED). The note answers frequently asked questions about the role and importance of NEDs, the compensation that NEDs receive and outlines the benefits of starting your journey to non-executive directorship early.

As a non-executive director (NED), you will sit on the board of a company but will have no daily management or operational responsibilities within the business. NEDonBoard defines the role as follows:

Key differences between an executive and a non-executive director

Under the Companies Act 2006, all directors, both executive and non-executive, are regarded as “officers” of the company. Company law recognises no distinction between executive and non-executive directors. While all board members have the same duties and responsibilities, executive directors are concerned with the day-to-day management of the company’s business. NEDs are not employees; they are appointed through a letter of appointment.

Related post: What are the key differences between an executive and a non-executive director?

NEDs act as a sounding board for the executive directors, provide an objective and independent view, bring constructive challenges and support the executive team in making good decisions for the sustainable success of the organisation. NEDs also complement the skills and expertise of the executive team. They bring a wealth of experience gained in different roles and environments, a range of skills acquired in other sectors and expertise needed for the organisation to succeed. NEDs often bring new or fresh perspectives that enrich boardroom debates and discussions.

NEDs hold senior executives to account as they monitor performance and ensure that the strategy is delivered. In times of crisis, they can act as a mentor or coach to the senior executives. As portfolio NED and chair, Natalie Ceenay CBE, wrote in April 2020:

“non-execs are staying close so that decisions are swift and, almost above all, are providing moral support to exhausted leaders working every hour to try to save businesses or to keep vital public services running, while worrying about their own staff who are sick.”

Benefits of becoming a non-executive director

Building a portfolio career has become a positive career choice for many professionals. Here are some of the reasons why you may decide to apply for a NED role:

Key attributes of a non-executive director

Traditionally, becoming a NED was regarded as the logical next step for senior executives, particularly those looking to remain connected with the business world, contribute their experiences and skills, and seek an additional income stream in retirement. However, the opportunities, risks and challenges faced by businesses now require boards to adapt their recruitment strategy and expand their talent pool. There is growing pressure for boards to become more diverse in terms of:

Operating environments and competitive pressures have also forced boards to re-assess their mix of experience, expertise and skills. At the same time, an increasing number of professionals are looking to gain board experience as a NED to progress their executive career, learn new skills and contribute their expertise. It is no longer true that you need 30 years of experience as a senior leader in a large corporate to secure a NED role.

Many professionals are suited to the NED role, such as entrepreneurs or cyber security experts, while legal professionals remain in demand because of their insights into governance and compliance issues. As the industry is highly competitive, with interesting NED roles attracting hundreds of applications, you must be clear on the value that you will add to a board. You must align your objectives with your experiences and aim to match your skills and characteristics with an organisation that fits with your values and that will benefit from your input.

Requirements for an effective non-executive director

One of the most important requirements of a NED is independence, both in terms of links with an organisation, as well as in their thoughts and actions. Expertise and personal qualities play a role too. Certain attributes and skills translate well from an executive to a non-executive role including:

Boards invariably look for candidates that they can confidently rely on to deliver expert advice.

Related post: What non-executive director skills are in high demand?

Practical steps to help gain a first board role

You should take a proactive approach to planning and preferably start 12 to 18 months prior to when you would like your appointment to start. Think where you would like to be in three to five years’ time and talk to the acting NEDs on your board to gain insights into how they reached their position. Experience is often crucial, so consider applying for a voluntary NED role with a charity first to gain a foundational understanding of the role. For further information, see How to secure your first NED role.

Training, support, and CV advice can also pay dividends. NEDonBoard has created an online training course, The NED Accelerator® Programme to provide first-time NEDs with the knowledge, skills, tools and strategies needed to win interviews and start your NED career.

Related post: 10 questions for you to consider if you want to become a non-executive director

Most NED roles are found through networking and it is therefore important to invest time and resources in building a network of professionals who operate at board level. Identify and meet with board members that have succession planning and decision-making responsibilities for the appointment of new directors. Jobs boards and executive search firms can also be used to find NED roles.

NEDonBoard provides its members with a jobs board to search for opportunities and organises business networking events for our members to build connections. Our NED introduction to businesses events are a platform for entrepreneurs to meet with NEDs or advisory board members looking for opportunities to contribute to the success of their high-growth companies. NEDonBoard also provides on- and off-line connection opportunities that can result in NED appointment and our members frequently report their success in securing roles thanks to the connections that we have enabled.

There are several factors that determine the level of remuneration a NED receives, including the:

Good corporate governance practices include protecting the independence of NEDs and, as such, they receive a director fee, paid in cash. The remuneration of NEDs may consist of equity, notably in companies that are scaling up and have limited financial resources; although this may be perceived as compromising their independence.

While roles in the not-for-profit sector are typically voluntary, most public appointments and commercial roles are paid. Remuneration for NEDs varies widely, from around £20,000 per annum for NEDs appointed to the board of an SME, up to £80,000 per annum for NEDs at FTSE 100 companies. In the social housing sector, NED remuneration starts at around £3,000, while NHS trustees are paid £6,157 (current rates of remuneration payable to chairs and non-executive directors) but this will increase to £13,000 in the coming years.

Related post: What can you expect as compensation for a non-executive director role?

NEDonBoard, the Institute of Board Members is the UK professional membership body for non-executive directors and board members.