Non-Executive Director Interview with a Woman of Influence 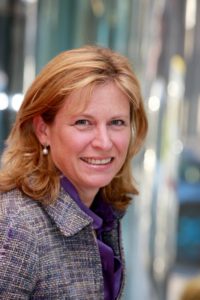 Diversity of thought is an important aspect of a well-functioning board. As a Founding Steering Committee member of the 30% Club, a board member of Cancer Research UK’s “Women of Influence” and a Non-Executive Director and Senior Independent Director of JP Morgan Overseas Investment Trust plc., NEDonBoard asked Gay Collins to share some insight into to her NED career. Gay’s last statement is particularly reassuring for non-executives new to their roles.
1) How did you first become a non-executive director?
A former client rang me to ask if I would be interested in being included on a shortlist on the Board he was on because one of the board directors was retiring. He knew that I did a lot of work in asset management and in particular with investment trusts, and said he thought I would be a strong candidate. Having just sold Penrose to Engine Group I needed to check the policy for non-exec directorships. All was fine and so I put my hat in the ring, went through a rigorous process of interviews with the Chairman first, then the rest of the Board, and was lucky enough to be selected.
2) How complex are boards of large, successful organisations?
Every board has a different characteristic and some can be great deal more complex than others. Investment trusts, because of the nature of outsourcing the asset management, tends to be more straightforward than say a multinational corporate.
3) What should non-execs be particularly aware of when preparing for a role with such an organisation?
I think it’s a combination of doing your own research, benefiting from the induction period which for most boards is very detailed and valuable and being prepared to contribute in as many ways as possible. It’s difficult to anticipate quite how the role might evolve but having now been on the board for nearly 4 years, it’s clear to me that you keep on learning!
More about Gay:
With 26 years’ experience in PR, Gay specialises in advising companies in the financial services space and is a Founding Partner of Montfort Communications, where she heads up financial services.

How can we accelerate the representation of female senior executives in executive committees and boardrooms?
November 25, 2019

Diversity Matters in the Boardroom
March 19, 2018