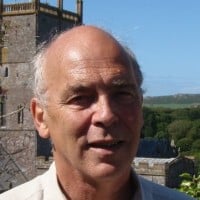 With his wealth of experience, we tracked down Dr Iain Saville CBE to share his knowledge in our Expert Interview series.

Dr Iain has served on around 10 boards in financial services (and one musicians’ agency), mostly for-profit.  He is currently specialised in risk and audit committees, after a career involving IT, econometrics, fund management, Lloyd’s and building the UK’s securities settlement system, CREST.

1) What steps did you take to being offered your first non-executive director role?

I led a major financial services infrastructure project to modernise post trade securities settlement, after the collapse of the LSE’s Taurus project in 1993.   With an able team from the Bank of England, we delivered inside time and budget a real time system which revolutionised productivity, risk reduction and efficiency in over 100 clients’ offices.  I was appointed to be a NED of two finance sector charities, which our delivery had enabled to expand in line with our public service ethos.

2) How does the board work? What are the main differences between executive and non-executive directors?

Different boards work in different ways – I have since mainly been on for-profit boards, including one main-board listed company.  A good board enables all its members to participate freely – I have been on bad boards which stifle debate or have inner circles (but not for long)!

NEDs do not in principle have interests which can affect decision making, unlike executive directors who normally have both empires to preserve or extend, and a direct interest in short-term results at the expense of longer term success.

3) How complex are non-executive director roles?

It depends on the business!  But the key is that the NED has to know the business, its problems and its strengths.  This takes effort, energy and time – it is about the people as well as the products and plans.

4) How do you manage life on multiple boards?  Is there an optimal number of roles at one time in your opinion?

I think 3 roles are enough for anyone who also has a life.  One needs to be able to switch off after each interaction and approach the next interaction (with another company) with no baggage from the previous one.

5) What are your top three pieces of advice for being a successful non-executive director?

Culture, Diversity and Inclusion for Board Members
July 3, 2020

Appointing a NXD? – Understand Their Role for a Functional Board
June 25, 2017
Leave Comment