How to be an Effective NED | NED on Board

How to be an Effective NED 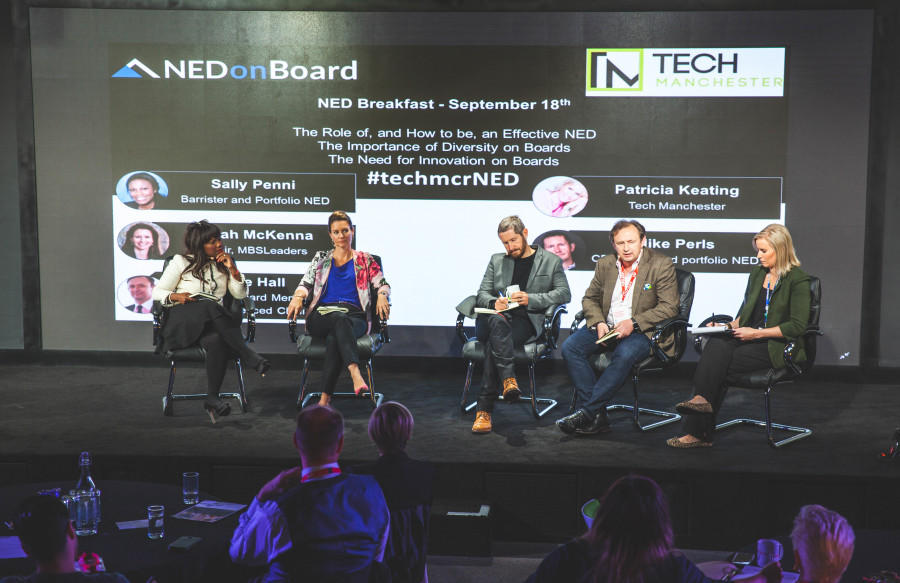 There is a growing army of Non-Executive Directors out there. The perception is they get paid thousands of pounds for turning up to a few meetings. Patricia Keating, programme lead at Tech Manchester, says that’s not the case.

There is a growing army of Non-Executive Directors (NED) out there; experienced business leaders looking to explore portfolio careers. The perception is that you simply need to pick up 3 or 4 appointments, turn up to a few meetings and get paid thousands of pounds.

If you Google the term ‘NED’ what do you get? Did you know that The Ned is a five-star hotel in London and the word ‘Ned’ is a derogatory term applied in Scotland to hooligans?

Me neither. In the world of business, a Non-Executive Director will normally have a bulging contacts book and is a member of a company’s board of directors but not part of the executive team.

This was the topic of discussion at Tech Manchester’s Non-Executive Breakfast in partnership with NEDonBoard on Tuesday at UKFast Campus.

Being a NED, or specifically being an effective NED, is a commitment both in time, and effort and responsibility for those venturing into the arena.

Keynote speaker Sally Penni kicked off the discussion with a talk around the role of, and how to be, an effective NED.

Sally is a common law barrister specializing in public law. Sally has an expertise in data protection breaches and GDPR with significant board experience as a NED sitting on various boards public and private. She is also founder of womeninthelawuk.co.uk.

Sally’s passion was clear. “To be effective you need to find roles you are passionate about,” she said. “Sally is a trustee at the Contact Theatre where she sees young people on their board which ties into her passion for young people and diversity.

“Young people on the board bring innovation with them we wouldn’t normally think about,” she told the audience. “Look for boards that you bring a fresh perspective to. You can add more value but importantly in areas that you are passionate about.” Simply put she said diverse boards make more money.

The numbers are there to back that up. Catalyst found in a 2007 report that boards with three or more women significantly outperform those with more men

There is a clear commercial link between board diversity and positive company commercial performance. Tech Manchester’s ambition is to help develop a Greater Manchester and it looks like diverse boards is one way to achieve it.

What the event highlighted is where forward-thinking businesses don’t have that diversity within their executive team they can look outwards to bring that in.

Sally joined the panel to further explore the importance of diversity on boards and its link to innovation and commercial performance.

Joe Hall, chair of Bako NW Group and NEDonBoard member, kicked things to share findings from his recently completed MBA. “You could have a board with four white men all called Dave but from totally diverse backgrounds and different perspectives,” he said.

He was joined on the panel by Sarah McKenna, chair of MSB Leaders and strong supporter of NEDonBoard. She argued that there isn’t enough business intelligence driving board decisions. Her advice to aspiring female NEDs in the room was to apply for the roles and for fellow NEDs to support them on their journey.

She caveated that with her advice on how to be effective. “Surround yourself with opportunity to learn, through reading books like Black Box Thinking by the journalist Matthew Syed and effective NED organisations like NEDonBoard where there are lots of accessible resources,” she explained.

The commitment to self-learning to develop NED skills and the need for data was echoed by Mike Perls CEO and strategist at MC2. He felt strongly that data provided to boards had to show proper insight but that the best NEDS immersed themselves in the companies or organisations they were working within.

“I sit on the MMU Board of Governors,” he said. “To be effective I spend time there, go down to graduation, listen to the students, spend time on campus. That’s how to add value.”

Overall the message from the panel was clear: Be prepared to commit time and energy into your NED roles both through self-development, demand better data and invest time with the organisations you get involved in. Have an interest in the industries or organisations you select and do your due diligence to make sure you have value to add.

Post written by Patricia Keating from Tech Manchester and edited by NEDonBoard, co-host of the breakfast event, held in Manchester on 18th September.

NEDonBoard will continue to highlight the importance of innovation at board level and would like to thank Tech Manchester for  hosting us for this occasion.

Not yet a member?  Join our growing ned community here.