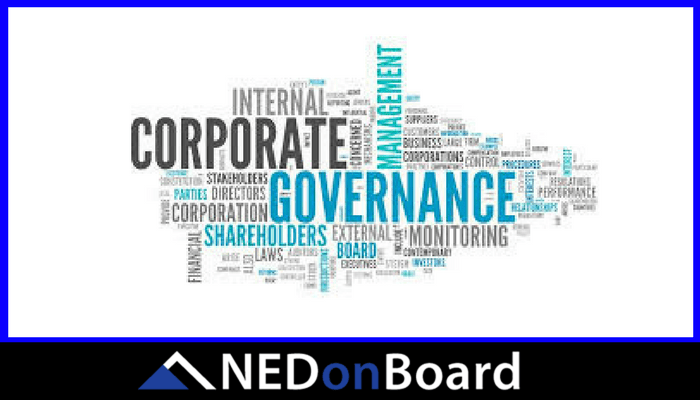 The FRC has invited interested parties to respond to the Consultation by Wednesday 28th February.  NEDonBoard has coordinated a response on behalf of its members and community. NEDonBoard focused its response on Part 1 of the consultation related to the UK Corporate Governance Code and Guidance on Board Effectiveness Questions. We acknowledge that the FRC will publish on its website the responses it receives to the consultation.

UK Corporate Governance Code and Guidance on Board Effectiveness Questions

Q1. Do you have any concerns in relation to the proposed Code application date?

NEDonBoard: NEDonBoard has no concerns with regards to the proposed application date.

Q2. Do you have any comments on the revised Guidance?

NEDonBoard: NEDonBoard has no comments on the revised Guidance. The Guidance document is well written and the “Questions for Board” section is particularly useful for aspiring and newly appointed non-executive directors and board members.

The Guidance places greater emphasis on stakeholders than the Code, which NEDonBoard views positively.

Q3. Do you agree that the proposed methods in Provision 3 are sufficient to achieve meaningful engagement?

NEDonBoard: NEDonBoard considers that the three proposed methods are sufficient. We note that the non-executive directors should meet the criteria of independence. As a side note, we concur with your definition of the workforce.

Q4. Do you consider that we should include more specific reference to the UN SDGs or other NGO principles, either in the Code or in the Guidance?

NEDonBoard: NEDonBoard considers that there should be more specific reference to the UN Sustainable Development Goals. In our view, the UK lags behind other countries in reporting progress against SDGs at a government level. To raise awareness and increase standards, specific reference to the UN SDGs and other NGO principles should be included in the Code. In addition, NEDonBoard’s view is that the Code should request companies to report on SDGs they have contributed towards.

Q5. Do you agree that 20 percent is ‘significant’ and that an update should be published no later than six months after the vote?

NEDonBoard: NEDonBoard agrees with the FRC that 20% is an appropriate criterion to identify a “significant” number of votes that have been expressed against a resolution. The proposed 6-month deadline to publish an update also looks like a reasonable timeframe and should provide sufficient time for the board to produce an action plan, if appropriate, to address the issues raised by the voting results.

Q6. Do you agree with the removal of the exemption for companies below the FTSE 350 to have an independent board evaluation every three years? If not, please provide information relating to the potential costs and other burdens involved.

NEDonBoard: NEDonBoard agrees with the removal of the smaller company exemption and supports the FRC view that “the Code sets good practice and that even smaller companies should strive for the highest standard of corporate governance”.

Q7. Do you agree that nine years, as applied to non-executive directors and chairs, is an appropriate time period to be considered independent?

NEDonBoard: NEDonBoard considers that independence is most likely to be lost before the end of the ninth year of service and recommends a shorter period (i.e. 7 years).

Q8. Do you agree that it is not necessary to provide for a maximum period of tenure?

NEDonBoard: NEDonBoard recommends the inclusion of a maximum period of tenure in the Code as in practice, the 9-year tenure criterion for independence has been used as an indication of the maximum tenure.

NEDonBoard advocates for a shorter period, which we believe would be consistent with Principle I of the Code, which sets out that “Board membership should be regularly refreshed”. A shorter tenure would better reflect the fast-evolving technology and operating environments in which today’s businesses operate, the shorter duration of employees’ years of services (including at C-suite level) and the need for refreshed skills and more diverse boards i.e. broader access to the boardroom by a younger generation of leaders. We acknowledge the benefits of continuity on companies’ boards particularly throughout the delivery of large change programmes or business strategies and the time required for non-executives to be trained and get the suitable level of experience to be effective in the boardroom. With those considerations in mind, we are supportive of a maximum period of tenure of 7 years..

Q9. Do you agree that the overall changes proposed in Section 3 of revised Code will lead to more action to build diversity in the boardroom, in the executive pipeline and in the company as a whole?

NEDonBoard: The Code clearly defines diversity through the lenses of “gender, social and ethnic backgrounds, cognitive and personal strengths”. NEDonBoard would add another dimension related to age as we believe that companies would benefit from representation of several generations of leaders and professionals on their Board of Directors.

Q10. Do you agree with extending the Hampton-Alexander recommendation beyond the FTSE 350? If not, please provide information relating to the potential costs and other burdens involved.

NEDonBoard: NEDonBoard supports the recommendation of the Hampton-Alexander review and agrees with extending the recommendation to smaller companies (i.e. below FTSE350). We believe that increased reporting and transparency will ultimately lead to more diverse representations in the boardroom.

Q11. What are your views on encouraging companies to report on levels of ethnicity in executive pipelines? Please provide information relating to the practical implications, potential costs and other burdens involved, and to which companies it should apply.

NEDonBoard: NEDonBoard considers that Provision 23 of the Revised Code could go further by requesting companies to not only report gender balance on the Executive Committee and Direct Reports to the Executive Committee, but incorporate the other dimension of diversity, namely ethnic group, social background and age, to the extent allowed by the applicable data protection laws. While the report on gender balance should be extended to below FTSE350 companies, we are of the view that reporting on the additional dimensions of diversity should apply to FTSE350 for the time being. We consider that additional reporting will increase transparency and ultimately translate into more diverse boards.

Q12. Do you agree with retaining the requirements included in the current Code, even though there is some duplication with the Listing Rules, the Disclosure and Transparency Rules or Companies Act?

NEDonBoard: We do agree with the retention of some duplication with the Listing Rules, the Disclosure and Transparency Rules or Companies Act.

Q13. Do you support the removal of the Guidance of the requirement currently retained in C.3.3 of the current Code? If not, please give reasons.

NEDonBoard: NEDonBoard welcomes the wording of the new Guidance which encourages that the terms of reference for all board committees, not only the audit committee, should be made publicly available. However, since the Guidance is clearly described as “not mandatory” and as “good practice suggestions”, we are concerned that only a few companies might spontaneously decide to publicly voluntarily disclose their terms of reference.

Q14. Do you agree with the wider remit for the remuneration committee and what are your views on the most effective way to discharge this new responsibility, and how might this operate in practice?

Q15. Can you suggest other ways in which the Code could support executive remuneration that drives long-term sustainable performance?

NEDonBoard: The wider remit of the Remuneration Committee is a key change that aims to align execution remuneration with sustainable performance.

Q16. Do you think the changes proposed will give meaningful impetus to boards in exercising discretion?

NEDonBoard: The proposed changes would be likely to give impetus to boards in exercising discretion, but it is difficult to assess whether this will be meaningful.

The Revised Code would benefit from a higher level of prescriptiveness and should encourage greater transparency and enhanced reporting in annual reports. For example, pay ratios should be disclosed. The gender pay gaps (if any) should be reported at a minimum and this requirement should apply to smaller companies (i.e. below FTSE350). In addition, a few additional data cuts could be included such as the median remuneration of the 1st vs. 2nd & 3rd lines of defence for firms applying the three-line of defence model.

In addition to the questions listed by the FRC, NEDonBoard has the following comments and recommendations:

*Principle A: “A successful company is led by an effective and entrepreneurial board, whose function is to promote the long-term sustainable success of the company, generate value for shareholders and contribute to wider society”.

NEDonBoard would want to see reference to all stakeholders in Principle A as opposed to shareholders. In our view, the Board of Directors should be held accountable to the clients served by the company, the workforce and the third-parties dealing with the company.

*Whistleblowing: The Revised Code (Provision 3) states that “there should also be a means for the workforce to raise concerns in confidence and (if they wish) anonymously. The board should review this and ensure that arrangements are in place for the proportionate and independent investigation of such matters and for follow-up action”.

NEDonBoard supports the changes in the Revised Code so that the workforce has the ability to raise its concerns, regardless of the nature of these. We also consider that the highest authority in the organisation, the Board of Directors should have responsibility for the arrangements. Those changes align with Principles A and D.

*Board composition: The Revised Code (Provision 20) states that “open advertising or an external search consultancy should generally be used for the appointment of the chair and non-executive directors”.

NEDonBoard provides a platform for companies to advertise their roles. The service is free of charge and aims at encouraging companies to let our diverse community know of open roles.

NEDonBoard recommends the addition of stakeholders as shareholders may be driven by short to medium-term interests.

*Provision 37 does not “specify the circumstances in which it would be appropriate” to “enable the company to recover and/or withhold sums or share award”.

The Code could be more specific and list some of the circumstances in which companies are reasonably expected to claw back or withhold part of the compensation package of their executives. We acknowledge the wording included in the Guidance but in the wake of the collapse of Carillion, NEDonBoard considers that the Code could be more prescriptive. We note that Clause 111 of the Guidance does not include the default of companies or failure to appropriately contribute to company pension funds.

Please check out  this video for our last event  of David Styles talking about succession planning, for some words of wisdom: click here for video 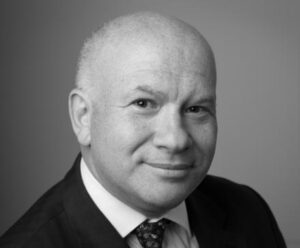 “We try to link the issue of succession planning with effective delivery of strategy over the long term, so you’re promoting the success of the company” – David styles

Also, open to any good Board Member, NED, Chair or C-Suite Executive interested in corporate governance, join NEDonBoard for our upcoming Board Conference on 20th March.  Further details available here.

We would also like to remind you of the NEDonBoard upcoming event with the FRC Chairman on 17th October sign up here.  This event will benefit aspiring and experienced non-executive directors, board members, C-suite executives and business leaders.

The benefits of digitalising your board
October 8, 2021

Board effectiveness self-assessment
May 28, 2021